Software Containers and Their Benefits 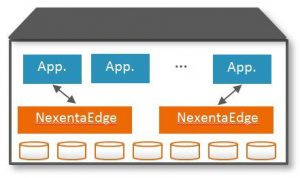 Generally speaking, a software container is a highly lightweight executable package that contains everything that is required to run a specific application. Included in these software containers is the code, the system tools, the system libraries and the runtime and settings of the application. Containers are primarily used to separate the software from its original environment and is used to make sure that each aspect of the software works together in unison despite any alterations found in each component’s individual staging or development.

It is a very well-known issue that when you are moving a piece of software from one computing environment to a completely different environment that the software application often fails to run successfully or very efficiently. This can have a number of known causes, for instance if the developer’s own hardware is completely different to that used in the testing phase and the eventual shipping phase this will cause a problem in its functioning. Similarly, this issue can often occur when transferring software between a physical machine and a virtual machine, such as a public or private cloud. These problems all arise due to the software environments differing too greatly.

What Do Containers Do?

Software containers, by their very nature, house all of the components needed for the application to run smoothly. By compiling all of the components and keeping them in one place containers are able to transfer large packages of software with ease, ensuring that no key data is lost in the process. Keeping all of the individual components in one place also means that they are regularly checked, making the whole process standardised and making sure that each component’s individual dependencies are kept in check.

What are the Benefits to Using Containers?

When compared to the use of virtual machines a container is much, much lighter in weight. For example, a virtual machine may use several gigabytes in data space as it requires its very own operating system whereas a container only uses a miniscule few megabytes to store all of its necessary data.

Similarly, virtual machines often take at least several minutes to initiate their operating systems and then several more minutes to begin processing and running the applications hosted ideally on a dedicated host provider where a software container can be initiated almost instantly, and their applications started within seconds. This also means that containers are only present and using data when they are required to, being able to be shut down immediately with no delay on data usage.

Containerization offers a unique way of accessing software data. Rather than forcing an application to open all of its complex components at the same time, a container can instead split the software into its several key modules such as the application code, database and libraries. This is known as the microservices approach, in which individual components can be opened at different times rather than the whole application being activated at once. Applications that are opened in this fashion are generally much easier to manage overall as each module alone is kept relatively simple and any changes that are made within the individual module can be done without causing any changes to the application as a whole. This also allows containers to initiate and activate an application almost immediately, proving to be much more efficient than the use of a virtual machine.

How Secure is it Using Containers? 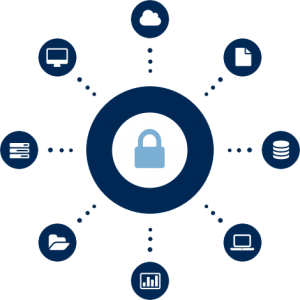 As with any discussion surrounding the topic of technology, a users’ privacy and security should be considered the absolute top priority. Many people are said to believe that containers are not all that secure, especially when directly compared to virtual machines as in the event that a vulnerability is detected in a container’s host kernel then it may allow a breach of security for all of the other containers that are on the same operating system. However, while this may have been the case years ago, this problem is much less frequent as a lot of effort and time has been directed towards developing and strengthening the security of containers.

Further, more specialized security software is currently being developed. These softwares are said to profile a container’s specific usual behavior. Any unexpected changes to this usual behavior is then flagged and reported so that the administrator can determine for themselves whether there is a vulnerability in the container. This software also whitelists certain processes that the container is expected to carry out, therefore keeping a close eye on exactly what the container should be doing and when, allowing the administrator to have a much greater level of control over the security of the container together with its software within.